[ REPOST from the Facebook of South Sudan Presidential Press Unit ] 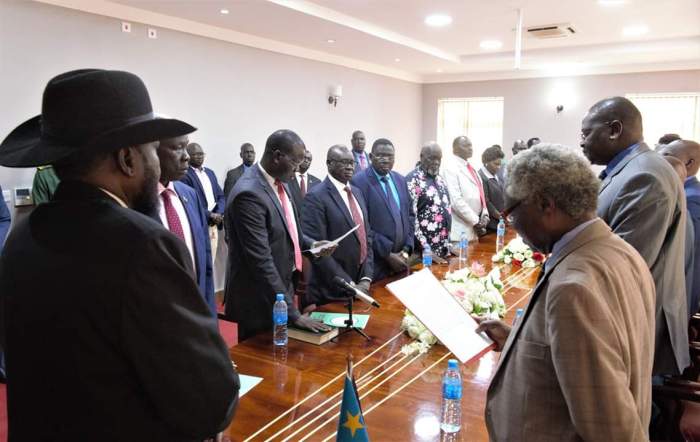 The directive was made during the swearing in ceremony of the newly appointed governor of Terekeka state Jacob Gore Samuel at the State House on Friday (19/10/2018). 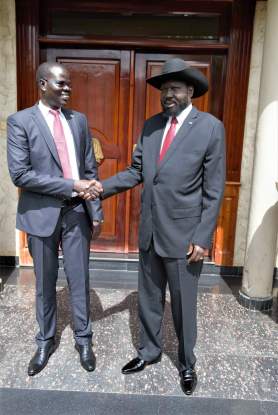 On his part the newly appointed governor Jacob Gore Samuel said he accepted the appointment and is confident that he will implement the vision of the ruling party of taking towns to the people. Governor Gore added that his top priority is to Unite the people of Terekeka state.

The speaker of the Terekeka State Transitional Assembly Lino Ladu Cirilo thanked the President for the trust bestowed upon Jacob Gore, adding that, as legislators, they will work together with the new governor to improve security and political status of their state.

Meanwhile, the Minister of Local Government in Yei River state, who is also a daughter of Terekeka state, Huda Micah Laila calls on the new governor to unite the Mundari sections for peace to prevail in the area. In addition, Chief Jackson Lukojo Luko Buyu assured President Salva Kiir of the Mundari chiefs’ readiness to implement the policies of the government at the grassroots. 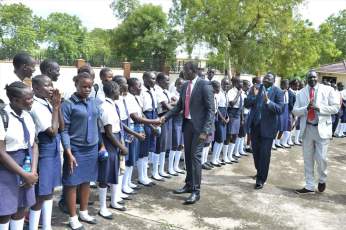 The celebration was attended by Mundari elders, women, youth and coloured by traditional dancers.