Don’t forget the struggle and the bloods of our braveness ancestors, heroes and heroines…

Don’t forget the tears of our mother and children…

The Independence is for all 64 tribes of South Sudan,

We are South Sudan as ONE PEOPLE, ONE NATION! 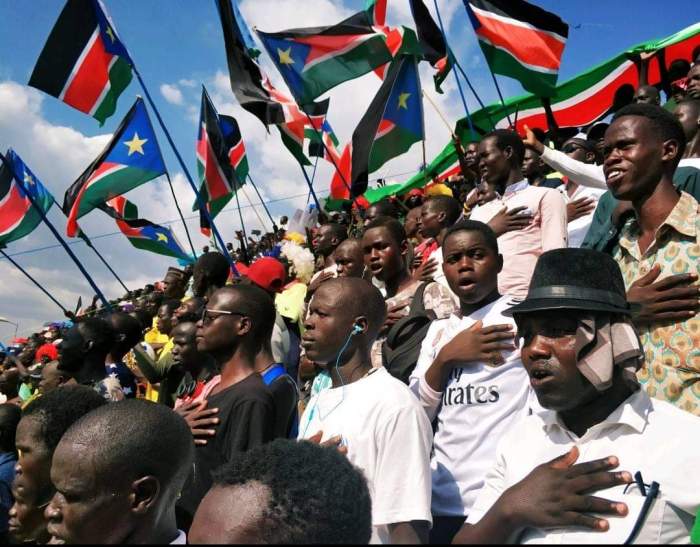 A piece of bread, my child let me fill my hunger until July 9th.

A piece of cloth, my daughter let me cover my nakedness until July 9th.

Come July 9th, the mundukurus will no longer sit on our head.

Come July 9th, the kawaja will no longer provide our bread.

Come July 9th, the revolution will no longer be betrayed.

A bottle of dawa, my sister let me mask my wounds until July 9th.

A bottle of aaragi, my daughter let me drown my sorrows until July 9th.

Come July 9th, in Self-governance, we’ll only have ourselves to incriminate.

Come July 9th, for Self-sufficiency, we’ll only have our resource to allocate.

Come July 9th, the revolution turned government will only have our people’s interest to incorporate.

It was on this Day 9/7/2011 that we celebrated the independence of South Sudan which lasted the long suffering of the people of South Sudan from political oppression and social injustices.

The raising of the newest flag in the whole world was seen flying in the sky marking the birth of the newest nation, and the people of South Sudan joyfully celebrated their independence.

The birth of the new nation signalled a new dawn for stability and development of the new country. However, two years after independence, the country was returned back to senseless war caused by wrangle over power between the SPLM party members which created political and social unrest in the entire country.

On 12 September 2018, the Revitalized Agreement on the Resolution of the Conflict in the Republic of South Sudan (R-ARCSS) was signed in Addis Ababa, Ethiopia to end the senseless war and to restore stability in the country.

Since the peace was signed on 12/9/2018, there were number of obstacles and impediments in the implementation of the R-ARCSS and South Sudanese are continuing to suffer in neighbouring countries and at home.

We are urging the peace partners in the country and the guranters of peace to speed up the implementation process so that the
South Sudanese can return back home to settle and participate in the development of their country.

🇸🇸Freedom is never more than one generation away from extinction. We didn’t pass it to our children in the bloodstream. It must be fought for, protected, and handed on for them to do the same. 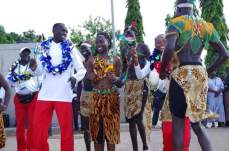 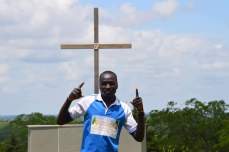 NOTE: The logo of Independence Day designed by Sanday William