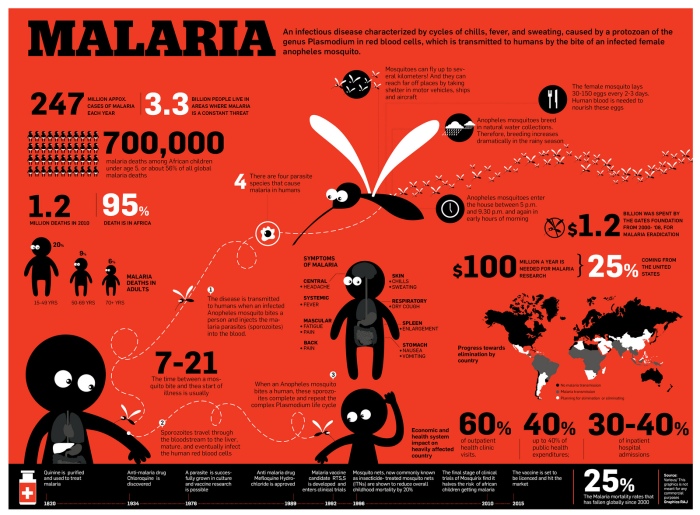 The news report from BBC in this August said: “More than one million people have been infected with malaria in Uganda in the last two months, officials have said.

The health ministry has attributed the rapid rise partly to climate change, with the disease now appearing in regions that were previously malaria-free thanks to a mild climate.

This time of year is normally a peak malaria season, but prolonged June rains seem to have created an even more fertile breeding environment for the mosquitoes that transmit the infectious disease.

There has been a 40 per cent increase in cases reported in the same period last year, according to a statement by the ministry.”

In facts, not only in Uganda but also in the whole East Africa including South Sudan, many cases of Malaria infection was reported in Terekeka State recently, we urged that all of our brothers and sisters should keep HIGHLY ALERT about Malaria!

HOW TO AVOID MALARIA

1. Stay in Well-screened areas at night (use mosquito bed-nets)

3. Wear shirts and trousers with long sleeves if possible

4. Make sure the cleanness of your living environment

5. Seek medical support as soon as possible if you got Malaria